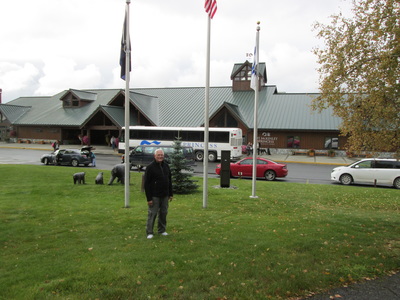 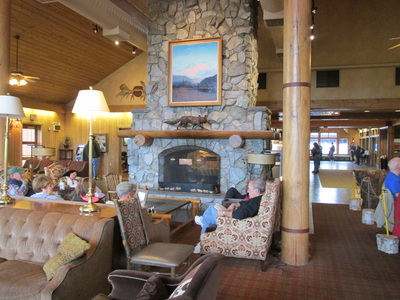 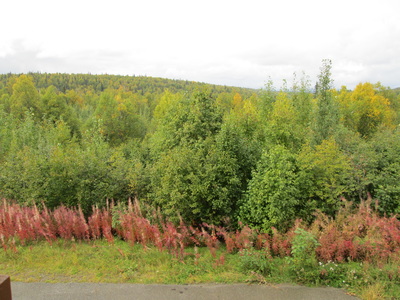 Mid afternoon after the bus tour and lunch we boarded a motor coach for the ride to McKinley Wilderness Princess Lodge arriving around 4:00pm. Like the previous one it was very nice. It provides a rather spectacular view of Mt. Denali, except that the mountain was still shrouded in clouds so we just saw gray skies! But the setting itself was beautiful with a river flowing by one side and otherwise surrounded by mountains. None of the mountain views in this area that I saw were as spectacular as those we had seen in Glacier National Park on the backpacking trip there but they were far from shabby! Yes, we had Salmon again for dinner!

We also attended a very interesting talk by a Denali mountain guide, a young lady. I might go on another backpacking trip but I will NOT be climbing any mountain, especially Denali! she pointed out that the elevation change while climbing Denali is actually quite a bit greater than when climbing Mount Everest. Though the peak itself is "only" 20,237 ft. compared to Everest's 29,029 ft., the climbing ascent is 18,000 ft., six thousand more than that of Everest.