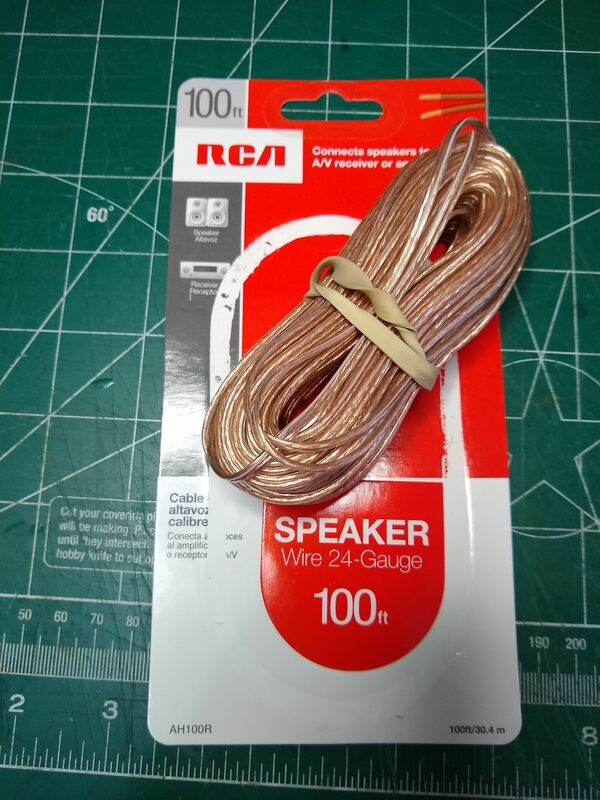 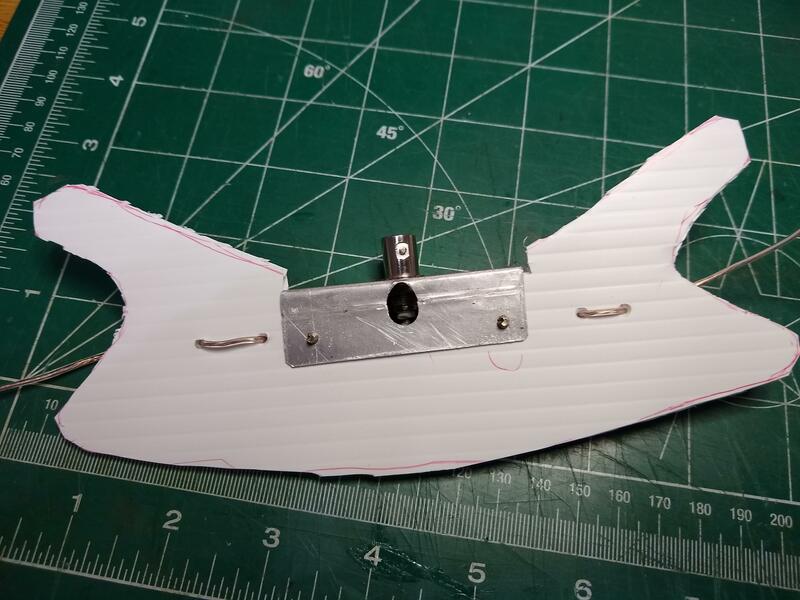 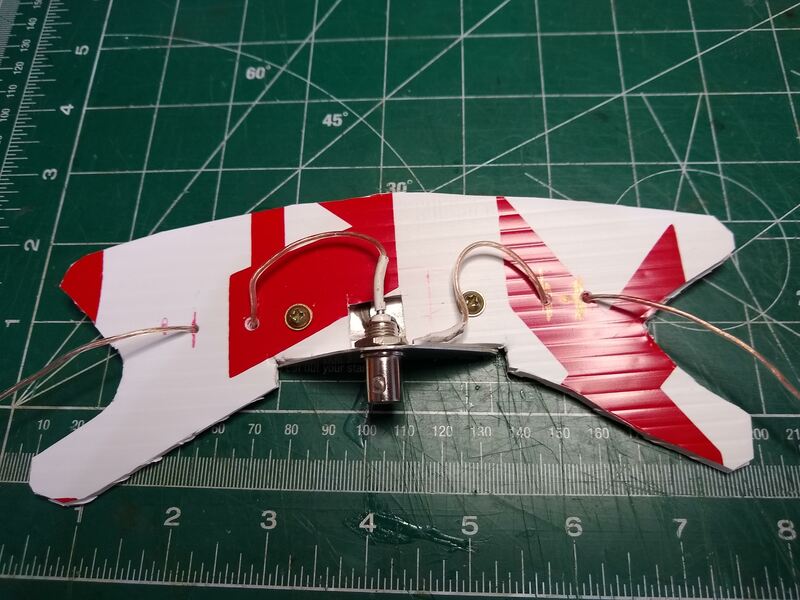 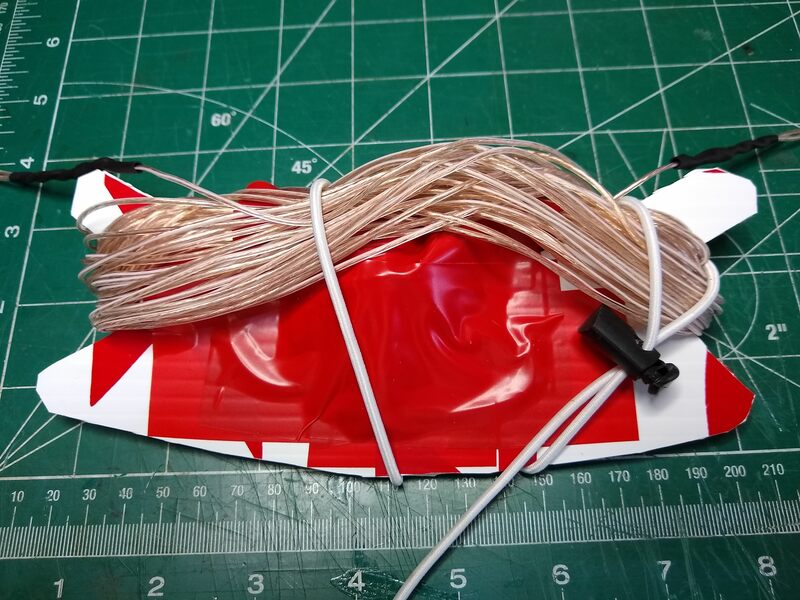 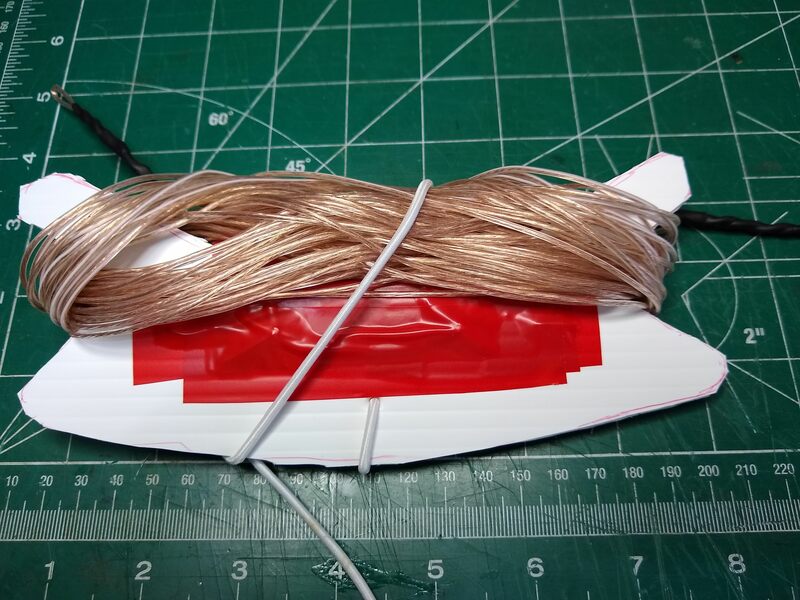 2019-05-08 Yesterday I put up my end fed half wave 40 meter antenna, more or less simulating how I might actually do it "in the field." For some reason the resonant frequency was say low, about 6mhz! I had made what I thought was a minor change to the way the element connected to the QRPGuys 49:1 transformer. I guess it was more major than I thought since previous tests put the resonant frequency near the center of the 40 meter band.
Rather than troubleshooting that, which I will do, I decided that if I were to take my 40 meter QRPLabs QCX into the field, I should at least explore a speaker wire dedicated 40 meter inverted vee. That I KNOW is a good, dependable antenna. So this morning I made one. I cut 32 feet of new RCA 24 gauge speaker wire and separated it into two pieces. Then, I cut another wire winder from the retired political yard sign, mounted a BNC connector to it and attached the wires. Rain was threatening so I didn't take time to make a picture of the SWR sweep on my x5105 but suffice it to say that center frequency was 7.025mhz in the middle of the CW portion of the band. And at the radio it measured 1:1 SWR with 35 ft of RG-174 feedline.
The rad tape on the winder shown in the photos is an attempt to waterproof it, hopefully keeping rain water out of the connector, the ends of the wires and out of the coax. Since the coax connects to the female BNC connector on the winder I made a hood of tape that reaches below the bottom of the male connector on the coax so dripping water won't enter the connector. At least that's the theory! For what its worth, the final weight at pictured is 2.8 oz. Add 35' of RG-174 and the weight is 10 oz.
The only test I made with it was measuring the SWR. I didn't attempt any contacts. However, prior to "tossing in the towel" with the trap style, I did make one QRP SSB contact with the Midcars net control, N9AER located about 145 miles away in Peoria, IL on 40 meters. So I'm fairly confident it will work OK.
My thought is to now add a 20 meter element using the same #24 speaker wire resulting in a light weight fan style inverted vee. Having already built one I know it will work. It's main difference from the previous one will be weight, since I'll be using this very small wire.