Day 3 Denali National Park History Bus Tour 2:40
We opted for the five hour Denali Natural History Tour. Another option was an eight hour bus tour further into the park which was almost entirely focused on the sites and animals of the park. Ours was much shorter, included a stop at the visitors center for a movie on the history of the park and the one road into the park. It was very interesting and informative regarding this amazing park. 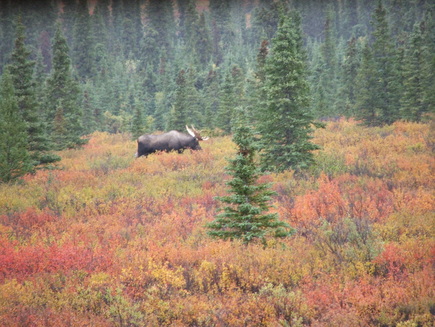 Our Bull Moose!
We also stopped at one of the ranger cabins inside the park for a personal talk about the park and particularly the history of the building of the road, no small undertaking even today but especially way back then. It too was interesting. It ended with a talk about the native people's history in the area by a native Alaskan herself which was also interesting.

​ ​We were disappointed that the only wild life we saw was one bull moose and Mt. Denali hid her face from us, as did most of the range of mountains it is part of. As the tour progressed we learned that some on other history tours saw nearly all the big five while some on the eight hour tour also saw no animals. That helped us realize "nothing" is guaranteed. Denali is NOT a zoo! It is wilderness Alaska and what happens, happens! On balance I think we are glad we didn't do the longer tour. 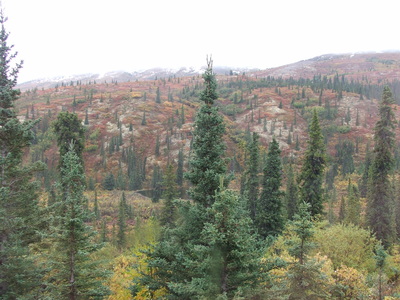 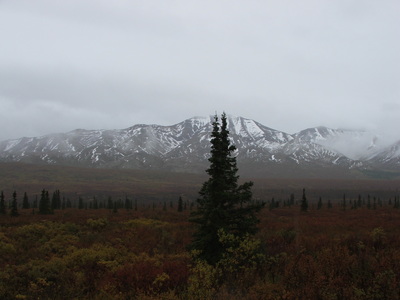 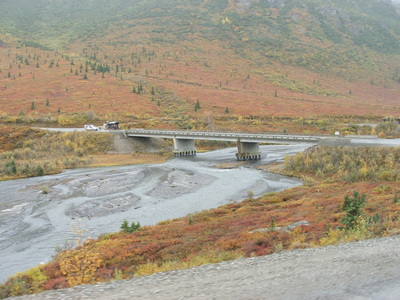 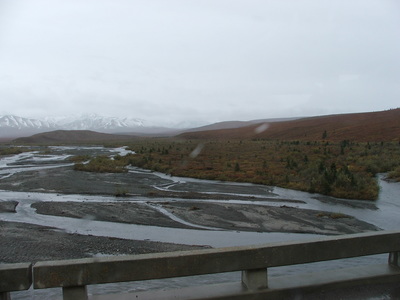 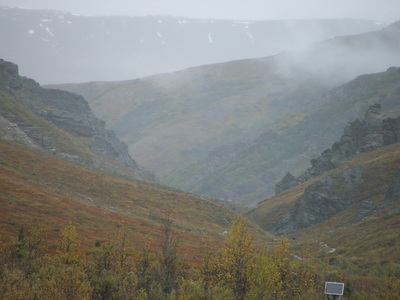 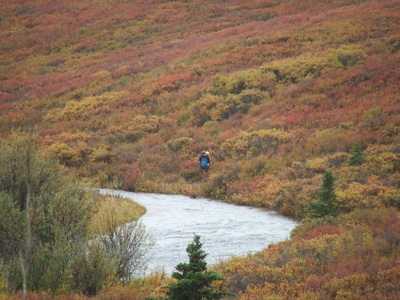 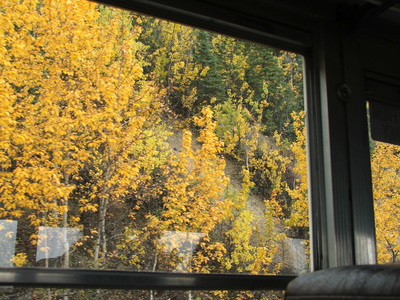 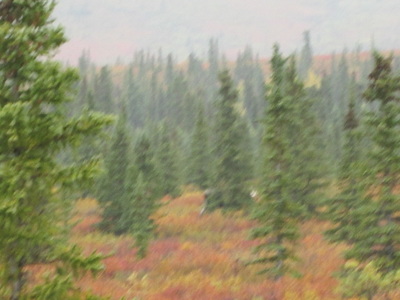